Landing one on the SUP 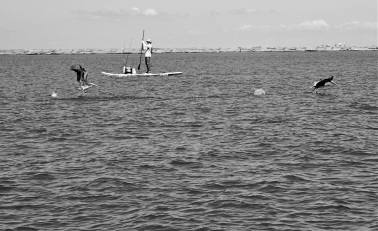 Where there’s a SUP,  there’s a way! After gearing up the Xterra inflatable boards we paddled to the tip of the jetty. Most folks will agree; you make it up as you go when you fish on a SUP. This day the dolphin were frisky and baby blacktips were cruising. The sharks were hungry so good thing we didn’t land any hooks or teeth.

This entry was posted on October 15, 2016 by Jen's Marinedream. It was filed under Fishing, South Jetty, Uncategorized .